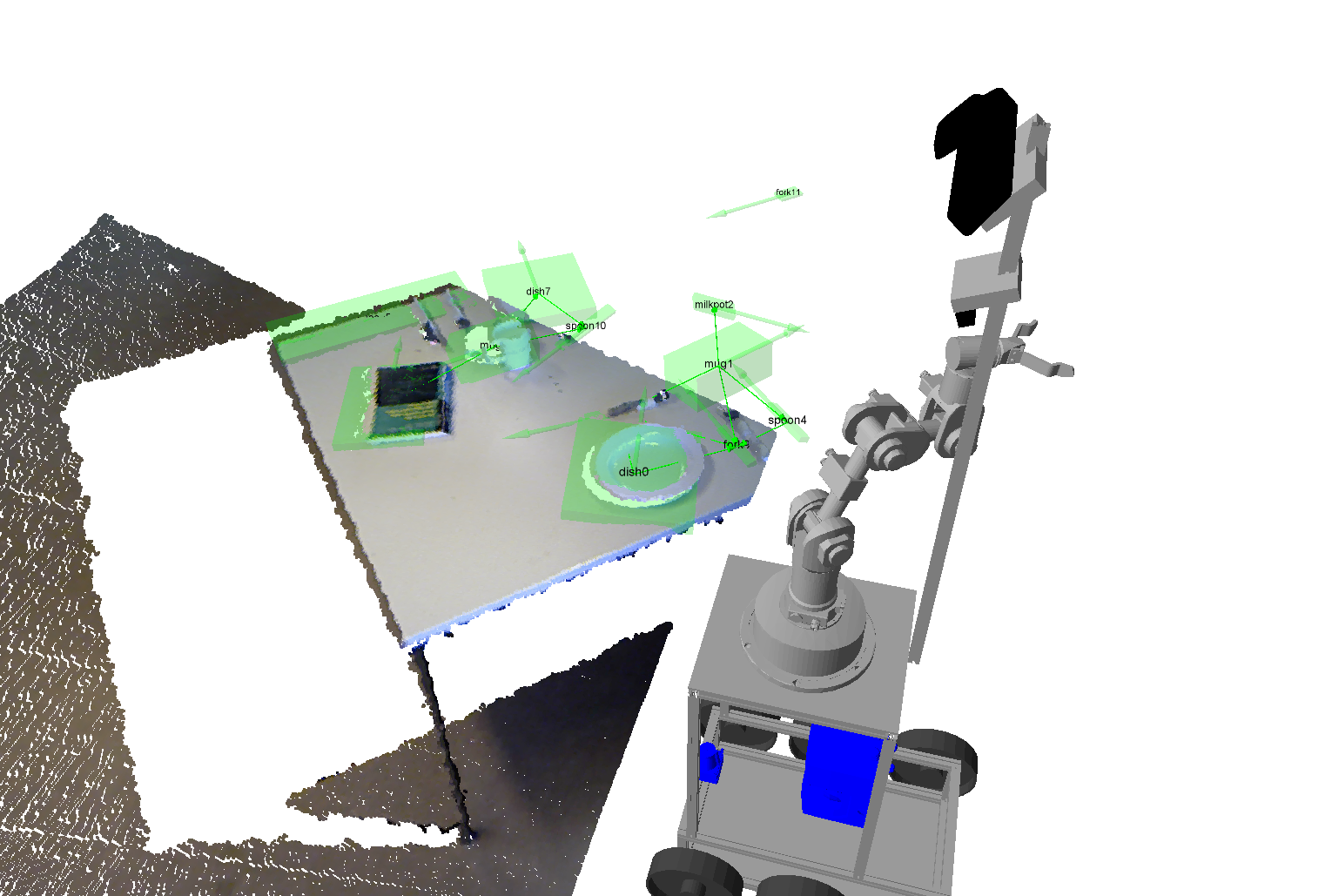 Abstract:: This work proposes a robotic object recognition system that takes advantage of the contextual information latent in human-like environments in an online fashion. To fully leverage context, it is needed perceptual information from (at least) a portion of the scene containing the objects of interest, which could not be entirely covered by just an one-shot sensor observation. Information from a larger portion of the scenario could still be considered by progressively registering observations, but this approach experiences difficulties under some circumstances, e.g. limited and heavily demanded computational resources, dynamic environments, etc. Instead of this, the proposed recognition system relies on an anchoring process for the fast registration and propagation of objects' features and locations beyond the current sensor frustum. In this way, the system builds a graph-based world model containing the objects in the scenario (both in the current and previously perceived shots), which is exploited by a Probabilistic Graphical Model (PGM) in order to leverage contextual information during recognition. We also propose a novel way to include the outcome of local object recognition methods in the PGM, which results in a decrease in the usually high CRF learning complexity. A demonstration of our proposal has been conducted employing a dataset captured by a mobile robot from restaurant-like settings, showing promising results.