If you use the dataset, please cite it as: The full dataset can be downloaded here: Please read the following sections for more information about the provided data.

The dataset supplies the registered point clouds of 12 offices. These offices were visited several times, hence providing the 25 scenarios aforementioned. Some examples of these reconstructions: 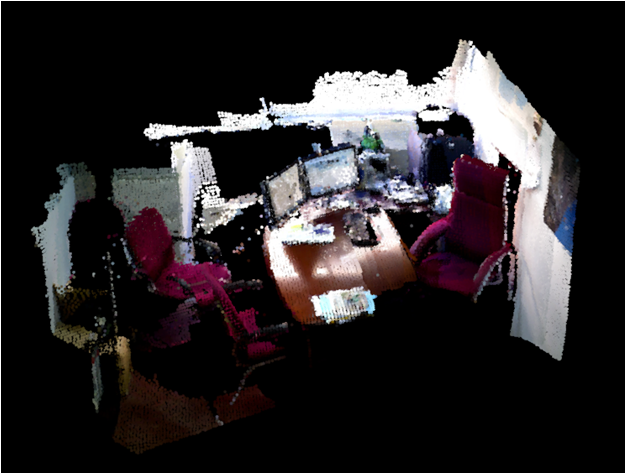 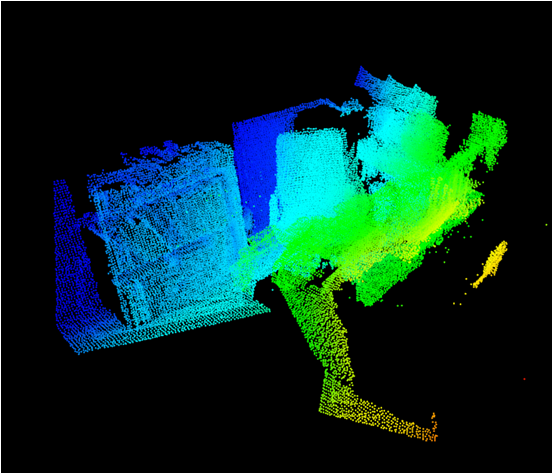 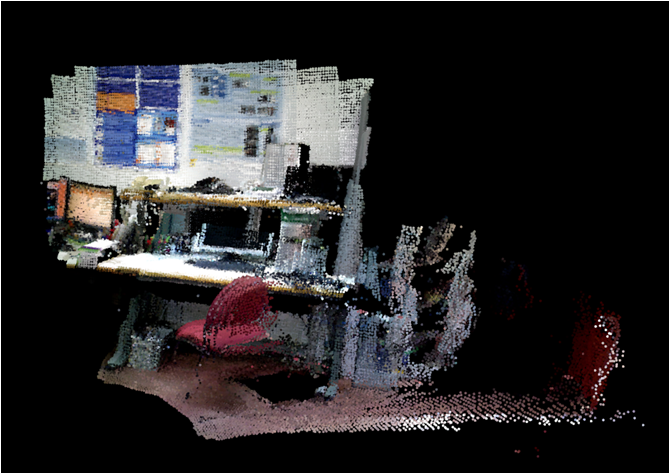 The point clouds are in the .pcd format, and include color information:

The point clouds were reconstructed employing plane-based maps (PbMaps), which consist of a set of 3D planar patches described by simple geometric features (normal vector, centroid, area, etc.). The following file contains the planar patches extracted from each office and their features computed during the PbMap building, stored in .xml files:

The following file contains the processed data of the objects that were observed in such scenarios ready to be loaded into a Matlab workspace, but it can be easily parsed for other purposes:

Concretely, the content for each scenario within this file is as follows:

tests.Y1 = [ ]; Vector containing the ground truth type of each object (see below)

tests.edges1=[ ]; NxM matrix stating the edges between nearby objects. N is the number of edges, and M is 2.

tests.relations1isOn=[ ]; Vector indicating if an object within an edge is placed ON the other object in the same edge.

tests.relations1coplanar=[ ]; Vector indicating if an object within an edge is COPLANAr with the other object in the same edge.


The possible object types are: And the extracted features are:

Don't hesitate to contact jotaraul[at]uma[dot]es if you want additional information.